Home » Whippet Lurchers – What Makes a Whippet a Lurcher?

The term “Lurcher” sounds a little bit sinister perhaps, a little like a lurker: I’ll come onto this! The reality is that Lurchers are not sinister at all really. In this post I’ll explain what they are and provide examples of Whippet Lurchers to support the explanation.

This is ultimately a blog about Whippets after all!

What is a Lurcher?

A Lurcher is a dog that has at least one parent from the Sighthound family and the other a working dog. Lurchers are effectively mixed breed dogs, with a foot in the Sighthound group.

Dogs with parents from different breeds within the Sighthound group are known as Longdogs, though some people might also consider them Lurchers.

Historically, going back to 14th Century England, Lurchers were deliberately bred by the peasant class for poaching and hunting. In the late 1300s, ownership of any dog considered a hunting breed was forbidden to all but the landed gentry and the wealthy.

This meant you could only own a dog like a Greyhound if you weren’t from a noble or a wealthy background. If you were from a poor background and owned a hunting hound you would have been considered a poacher, which was illegal.

Lurchers then became popular as a way to own a hunting dog that was difficult to class as such.

Interestingly, the law restricting ownership of hunting dogs in England was not lifted until 1831! This may explain why in some quarters there is disdain for Lurchers (including Whippet Lurchers) to this day, which I’ll come onto later in this article.

What Are Whippet Lurchers?

To clarify, Whippet Lurchers are the offspring of a Whippet crossed with any other dog, but most usually a terrier or working / herding dog. Hence you might find a whippet crossed with breeds such as any of the following to make a Lurcher:

N.B. There are many other breeds that can be crossed to make a Whippet Lurcher.

Why Are Lurchers Called Lurchers?

There are a couple of ideas around the meaning of Lurcher and where the term comes from.

Firstly, I made a joke above about Lurchers sounding like lurkers…. this joke isn’t far from the truth! The word “lurch” is a variant of the word “lurk”.  Lurking is an old english word, probably originating in the 16th century, and has a few meanings.

Lurking according to its old English root can mean hiding or staying in a place in a secretive way. However, it can also mean stealing.

Perhaps the association was that Lurchers were canny, furtive and good thiefs… therefore, good dogs for poaching!

Secondly, there is also an association with the Romani word “lur”, which apparently means “thief”. Since Lurchers were popular among Romani peoples, it’s possible that this played a role in the name.

Is Lurcher a Dirty Word?

Some people don’t like Lurchers at all, especially those who have strong feelings about protecting the genetic line of purebred dogs.

There is a belief that purebred dogs are more healthy than mixed breeds, and that crosses between breeds result in physically inferior dogs prone to health problems.

Some people feel that creating “designer dogs” to suit a market driven fashion is simply wrong as it doesn’t take into account the health of the dog itself.

At the same time, there is an argument that crossing breeds has the opposite effect. Some believe that cross-breeding makes a dog less likely to inherit breed-specific health issues, which may be more likely when breeding dogs from the same genetic pool.

The views about dog mixes is polarising and has led some to branding all crosses (including Lurchers) as “mutts”, but there are differences between crossbreeds, Lurchers and mutts or mongrels.

The Difference Between Purebreds, Crossbreds, Lurchers and Mutts

A purebred dog is the progeny of two parents of the same breed, such as a Whippet for example. However, just because a dog is purebred it doesn’t mean it’s a pedigree. For a dog to be pedigree it must be purebred and have parents formally registered by a recognised body such as the AKC or the UK Kennel Club.

Now we move on to crossbreeds. As I’ve already mentioned, some people see crossbred dogs as mutts or mongrels, which suggests accidental breeding. The truth is that crossbred dogs are most often intentionally bred to create a desirable mix.

Crossbreed dogs are the progeny of two purebred dogs of different breeds. Hence you might find a Cavalier King Charles Spaniel crossed with a Bichon Frise or a Border Collie mixed with a Springer Spaniel.

Some crossbreeding is undoubtedly driven by market demand. Hence we see certain crossbreeds growing in popularity, especially “doodle” type dogs, where one of the parents is a Poodle like Labradoodles or Cockapoos.

Lurchers are really crossbreeds too… but with the condition that one of the purebred parents is a Sighthound… as with Whippet Lurchers.

Finally we come to mutts, which some people consider all crossbreed mixes to be. In general, mutts are often dogs that have many different breeds in their family history, whose parents were not purebred dogs.

There is much disagreement about whether purebred dogs or cross breeds are more healthy.

Most purebred dogs are predisposed to certain genetic conditions. For example, while a healthy breed with a good lifespan, Whippet health conditions can include Mitral Valve disease and Canine von Willebrand’s Disease.

People who argue for crossbreeding say that mixed breed dogs will not have such a genetic predisposition to breed-specific illnesses since they are mixed from a much wider gene pool.

Those against crossbreeding say the opposite and believe that crossbreeds may be more predisposed to a wider variety of health conditions and illnesses than purebred dogs ever could be.

Others still argue that there is little difference in the predisposition to illnesses of either purebred or crossbred dogs.

In terms of my research, there seems to be no definitive proof to show that Whippet Lurchers are more unhealthy than purebred Whippets.

Of course many people will disagree with this. Others won’t. 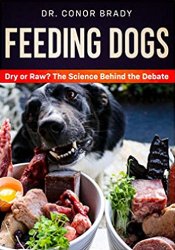 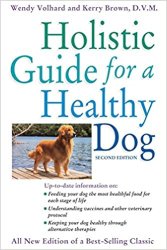 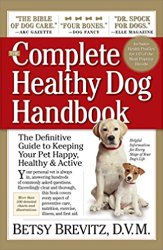 I’ve written extensively about Whippet mixes and you can find many examples of Whippet Lurchers on this blog.

If you don’t have time to read some of my other posts, the following list is by no means exhaustive, but it should at least provide examples showing the variety within the Whippet Lurcher world:

Whippet Lurchers are crossbred dogs that have at least one Sighthound as a parent. They are not purebred dogs, even if both parents are purebred.

Many people consider any Lurcher to be a mutt and believe breeders of such dogs are only “in it for the money”. However, reputable breeders of crossbreeds do care about their dogs.

Of course, if you’re considering buying a puppy, you should be extremely selective about the breeder, regardless of whether it’s a purebred or a Whippet Lurcher.

Do you have a Whippet Lurcher… or any Lurcher actually? Perhaps you have a question. I’d love to hear about your dog or answer your questions in the comment section at the bottom of this page.