There’s much debate about crossing purebred dog breeds… indeed some of the posts I’ve made about Whippet mixes have garnered some fairly strong views. But what is the debate about “designer dog breeds” all about?

In this post, I thought I’d outline the arguments for and against cross breeding purebred dogs.

I’ll provide a definition of designer dog breeds and then look at the points for and against. The post will take the following format…

What Are Designer Dog Breeds?

Designer dogs. Hybrid dogs. Frankenstein dogs. They all amount to the same thing… dogs that have been deliberately crossed to make a mixed breed dog.

One the one hand, the idea of something having “designer” status suggests something is bespoke, unique and high quality. However, when applied to dogs, the term designer has very negative connotations.

Some people have very strong feelings about mixing any dog breeds, hence it’s an extremely divisive topic: you can see this in some of the comments on my posts about Whippet mixes.

Some people consider any mixed dog breed to be a mutt. It doesn’t matter whether the parents were purebred or whether they came from a line of multiple mixed breeds.

Others see a clear difference between mutts and designer dogs. They argue that a designer dog can only be the result of a cross between two different purebred dogs, such as a Whippet or a Poodle.

But this is only where the controversy begins. 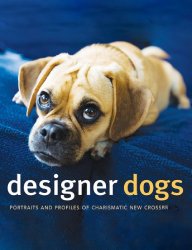 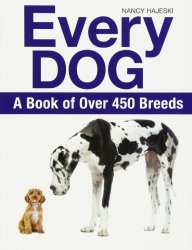 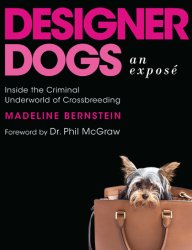 There are four main reasons why some people don’t like the concept of designer dog breeds:

Perhaps the most widely held reason why people argue against designer dogs relates to health.

Many argue that mixing any purebred dog breeds increases the likelihood that the negative genetic predispositions of both parents will pass onto their litters.

This means a Whippet Bedlington mix might be more prone to developing Mitral Valve Disease from the Whippet and Hypothyroidism from the Bedlington Terrier.

Many purebred dog breeders feel strongly about protecting their purebred line. They argue that most purebreds were reared deliberately and carefully hundreds of years ago to create a dog that met specific needs, such as heightened endurance or enhanced herding ability.

In their view, cross breeding to satisfy a market demand for hybrid dog breeds simply dilutes the pure line of the parent breeds for no other reason than to create a dog with a certain look… a designer dog, if you will.

Even though designer dogs breeds are often bred for a certain look or behavioural qualities, it’s entirely possible that these characteristics will not pass onto the hybrid puppies. It’s not at all unusual for the characteristics of one of the parent breeds to be more dominant than the other.

Hence, you might love the idea of a Whippet Labrador mix, but you might end up with a dog that looks 100% like a Labrador. People who don’t like the idea of designer dogs believe this makes the act of cross breeding senseless.

Finally, many who oppose designer dogs believe that hybrid dog breeders are only in it for the money. Designer dogs tend to be more expensive than purebred dogs simply because of demand… increased demand means increased price.

It’s argued that this attracts unscrupulous breeders who care more about profiting from breeding than the health of the dogs they raise.

There are three reasons why some people think designer dogs are good:

We know that purebred dogs have a predisposition to certain temperamental characteristics and health conditions. Since hybrid breeds have a more varied genetic mix, many believe that greater genetic variance decreases the likelihood of inherited health problems.

It’s worth remembering too that many purebred dogs have come from crossing breeds centuries ago to create dogs with enhanced abilities, from increased speed to refined hunting skills. Some of these crosses have resulted in dogs with conditions that inadvertently introduced problems to the resulting “pure” breed.

For example, many veterinary professionals are concerned about the increasing popularity of brachycephalic breeds, such as the Boxer, and the related rise in Obstructive Airway Syndrome.

Cross breeding Boxers with longer snouted dogs may well help to weed this distressing condition out of brachycephalic dog breeds.

Find out about the Whippet Boxer mix.

People who champion designer dogs counter the arguments that the pure dogs offer temperamental and genetic guarantees. There may be more likely traits associated with purebred dogs, but you never know the details of ancestors within a specific purebred line.

Some of those ancestors may have had a temperament or predisposition to health issues atypical for the breed and these could reappear in a purebred dog within that line.

Many of the claims of both purebred and designer dog breeds are debatable: there are no guarantees about a puppy that comes from either camp. There may be conditions that are more or less likely… but there are no iron-clad guarantees, regardless of whether a puppy is designer, mutt or purebred.

If you’re considering a designer or a purebred puppy, your approach to finding a suitable dog should be entirely the same:

If you’re thinking of buying a Whippet puppy, make sure to buy from a reputable breeder who can demonstrate proper breeding practices. Avoid puppy mills at all costs.

The subject of designer dog breeds totally divide opinion. I know many of you who read this will have a very strong feeling about them… and I’d love to hear them. Please leave a comment below to let me know your views.