Home » How Fast Can a Whippet Run? Way Faster than Us!

Whippets are speed merchants. It’s perhaps one of the reasons Whippets were bred to be the dogs they are. But how fast can a Whippet run? What is a Whippet’s top speed? And why are Whippets able to run so fast?

I’ll be answering these questions and in the process I’ll discuss the following topics:

How Fast Can A Whippet Run?

Whippets can clock speeds of up to a staggering 35 miles per hour (56 kilometres per hour). This is truly impressive: in fact Whippets are the fastest dog breed in terms of their speed to weight ratio.

All Sighthounds are capable of impressive speeds since they have a running style that’s different from other breeds. As Whippets are members of the Sighthound family, they share this particular running style.

The Whippet Breed… Built for Speed!

I’ve mentioned above that Whippets were bred for speed. Of course this is only one of the reasons… but it’s an important one.

There’s much disagreement about when Whippets originated, but they were formally recognised by kennel clubs across the world in the mid 18th Century.

I won’t go into too much detail about Whippet origins here, since I’ve recently posted a detailed post about when and where they originated as well as what Whippets were bred for.

I will say that one of the advantages of a medium-sized athletic and agile dog breed that runs quickly is they can catch small animals for the cooking pot! This is certainly one of the reasons that made them popular among the working classes in England from the time they grew in popularity: well… that and racing!

Whippets were known as poor men’s Greyhounds and they certainly provided a means by which community racing (and gambling) became possible!

The Double Suspension Gait: How Can Whippets Run Fast?

Whippets have what’s called a “double suspension gait” when they run. This is a running style whereby the Whippet’s hind legs launch them into the air and the front legs then drive them forward. Both the front and hind legs come together beneath the Whippet’s body before extending forward to repeat the cycle.

The consequence of this is that a Whippet’s legs leave the ground two times during each leg stride. They leave the ground once on their full extension and once again when the tick beneath the body.

Whippets are built for short bursts of speed and are not built for endurance. As with many other quadrupled animals that have explosive speed, they’re no good at long chases over distance.

However, the double suspension gait is something almost miraculous to behold… and for me, watching a Whippet run at top speed is a wonder of nature. 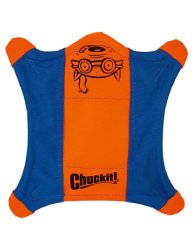 Summary: How Fast Can Whippets Run?

How fast can whippets run? Faster than you or I that’s for sure!

Whippets can run up to 35 miles per hour… or 56 kilometres per hour if you prefer! They are the fastest dog breed for their weight in the entire dog world.

Whippet’s athletic bodies are built for speed… however, without appropriate exercise and a balanced and nutritious diet, Whippets can get fat.

Do you have any questions about how fast Whippets can run? Perhaps you’d simply like to share your wonder of the Whippet speed merchant? Please leave your questions or comments at the foot of this page.